The Jewish community of Aruba 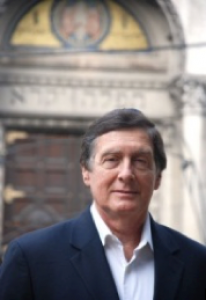 Rabbi Daniel Kripper has been the Rabbi of Beth Israel Aruba since the
year 2013.
He was born in Buenos Aires, Argentina. His passions are education, Israel
and Jewish Healing. He graduated from the Buenos Aires University in
Sociology, specialized in Social Psychology. He received his Rabbinical
Ordination from the Latin Rabbinical Seminary in Buenos Aires, after
concluding his rabbinical program in Jerusalem, and Post graduate courses
in Jewish Education and Contemporary Jewry at the Hebrew University of
Jerusalem. He had the great honor of serving as an Assistant to his mentor,
the late Rabbi Marshall T. Meyer, and as Dean of the Rabbinical Seminary
in Buenos Aires.

He served as Rabbi at Jewish congregations both in Latin America and the United States. In addition to the congregational endeavors, he acted as
President of the Greater Pittsburgh Rabbinical Association.
He has been deeply involved in inter-religious dialogue, and has acted as
consultant for international interfaith organizations.
Another area of his interest is Chaplaincy service, having completed his professional training in Pastoral Clinical Education (CPE) in the USA.
In the year 2003 Rabbi Kripper received an Honorary Doctorate from the Jewish Theological Seminary of America for his many years of fruitful service in the Rabbinate. Rabbi Kripper is the author of various articles and
publications. Rabbi Kripper is married to Flora Brykman; they have three children and four grandchildren.